A fully-dedicated development staff with donor satisfaction as its core strategy, the Lasallian Christian Brothers Foundation (LCBF) is operated by a small, professional team. The team is led by Executive Director Matt Powell with two assistants. Matt comes to LCBF with experience in both fundraising and high school leadership.

Matt joined LCBF following a 14-year term as founding Principal and subsequent President of De La Salle North Catholic High School in Portland, Oregon (a Cristo Rey School). Previously, he was a teacher and administrator at La Salle Catholic College Preparatory in Milwaukie, Oregon. Between the two high school positions, Matt served as Vice President of Sales for Oregon Glass Manufacturing for 10 years. He earned a Bachelor of Arts (’84) from University of Portland in Theology while minoring in Business Administration and holds an Executive Certificate in Nonprofit Management from the Kellogg School of Business (’11). He has served on several boards, including the San Jose Cristo Rey Board and the Lasallian Education Fund. He is an avid and long-time fundraiser for the Lasallian high schools in Portland, one of which is his alma mater, and brings years of leadership experience and development success to this position, uniquely qualifying him to be the founding Executive Director of LCBF. 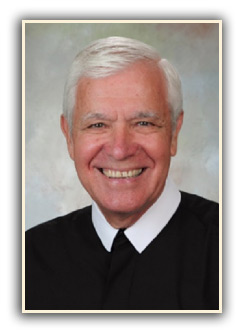 Brother Gale brings his development and fundraising skills and experience to LCBF’s work in support of the retired Brothers of the San Francisco New Orleans District. Brother Gale will serve as the primary liaison for LCBF in the southern and southwestern regions of the district, seeking donations and planned giving for the retired Brothers who have served in those areas.

Marian Smith
Donor Relations Manager
Marian conducts research and works with individual donors and organization donors, assisting the LCBF Board and Executive Director in the pursuit of fundraising goals. Grant writing is a significant part of her job scope; success in this area helps LCBF attain major goals.